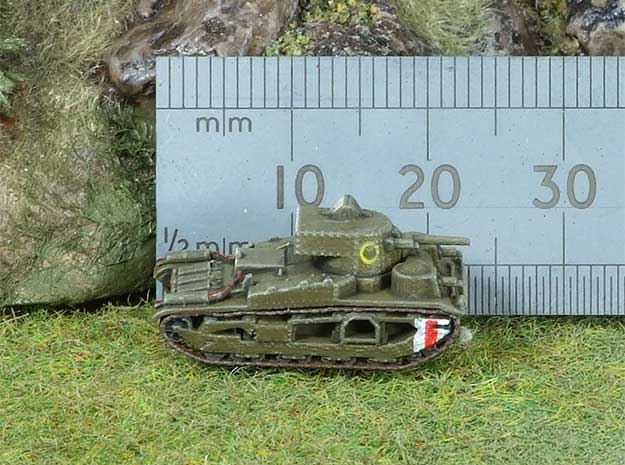 Comments: This is the very first thing I designed and had 3d-printed by Shapeways. It's the Vickers Medium Mk.III from the late 1920s.

I'm pretty impressed, I have to say. And it shows me a lot about what I need to be adjusting and exaggerating when designing in this very small scale, and what can just be left to be suggested.

The rivets, for example: they're visible (in places), but they don't get across the rivetiness of the tank. There could be fewer of them, but larger. There is visible striation on vertical surfaces, though it isn't visible from arm's length, and I doubt that it would be visible at all on a pewter casting.

I'll be interested to see how the Frosted Extreme Detail resin fares. It's more expensive, but in terms of the overall labour and expense involved in creating a master for moulding and casting, the difference isn't that great, and hopefully it will deal better with vertical surfaces.

Here it is in the raw resin — it's translucent, so it's a lot harder to see the detail. 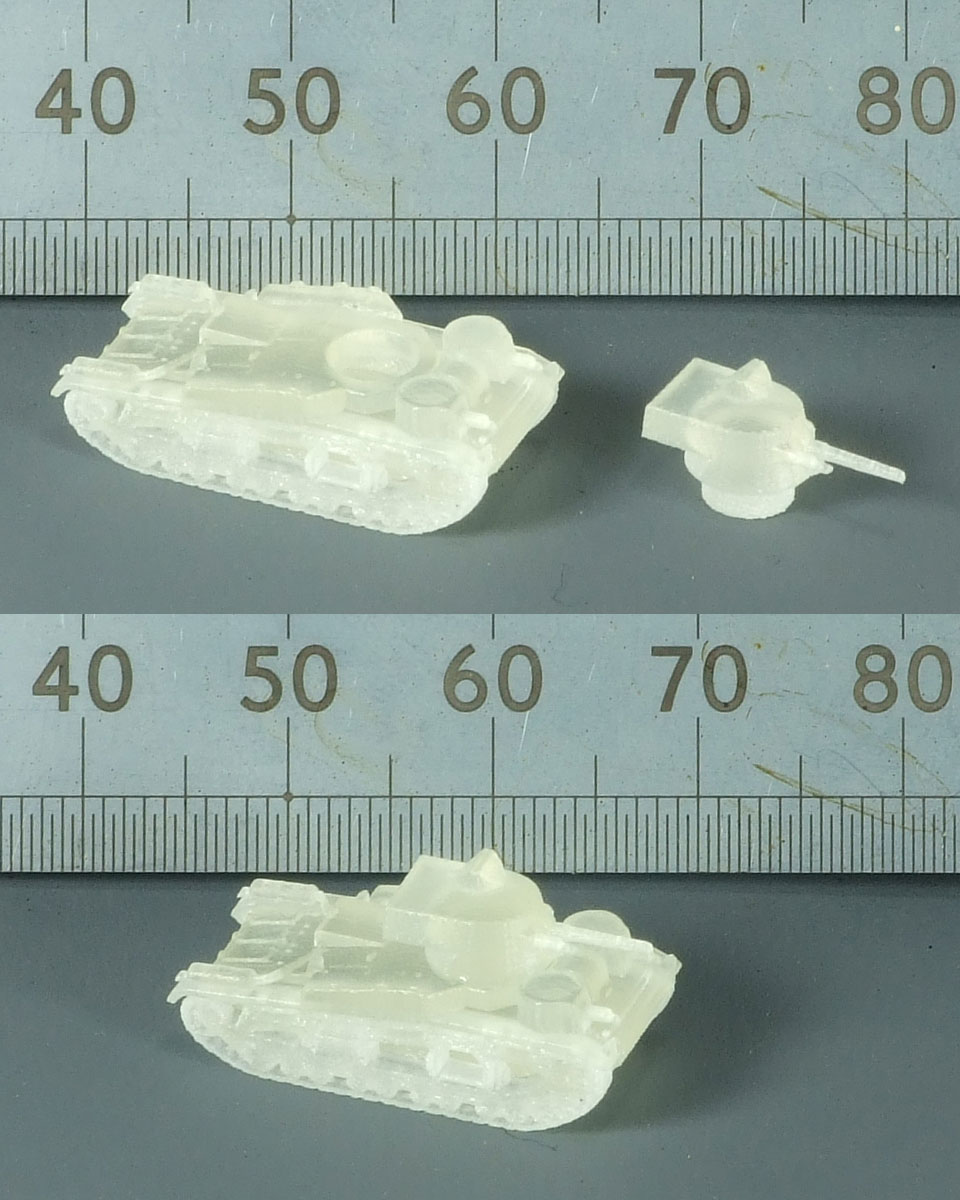